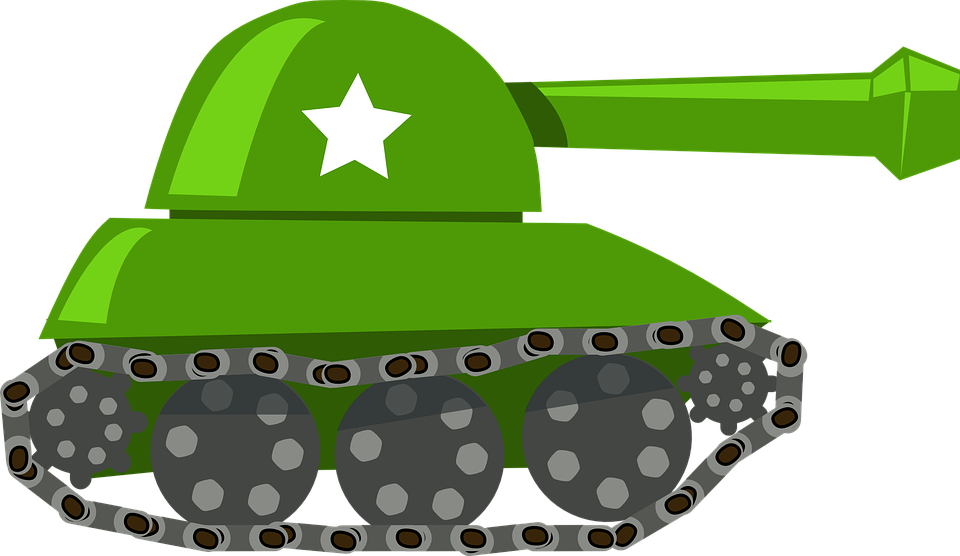 The amount of flash games centered on tanks going round blowing each other has become quite a significant theme in the years of the Flash action game and Tanks Wars is no exception, as it doesn’t break the mold, but probably never intends to.

Is the Gameplay any Good?

The game starts off by letting players choose their desired tank, each differing in speed and armor; naturally the super armored ones being very sluggish. There’s not much choice here to be honest, with 4 vehicles to choose from. Then it’s over to the player, starting in the middle of a city somewhere, the aim being to take down as many other tanks and obstacles as possible, simple. There isn’t too much variety here, and it becomes all too familiar, all too quickly.

From a technical side the game is nothing special. Firstly it seems to run twice the normal speed. The graphics are not bad, but lack any real polish seen is some flash games. Fair enough for the limitations stacked against it, the game is well produced, but players certainly won’t be saying “Wow” while playing it.

The controls are simple enough, with the space bar being the most useful button, enabling players to fire off heavy machine guns, rockets and tank shells. The arrows keys move the tank around, it’s a pretty standard affair. Obviously players will need to judge the situation to determine which one is better suited, rockets for example are better against helicopters, machine guns work better on smaller vehicles and tank shells work better on surprise, tanks.

Whilst the sounds in the game are once again nothing special, they do a fair job replicating tank-like sounds. The weapon sounds are actually pretty good, although players will be sure to recognize a few from other sources, presumably pinched when it was developed. As for music none is present in the game, but really it’s not needed.

No Multiplayer Battles at Work

Multiplayer seems to be missing in the game, which surely would have strengthened the appeal. Players who want a few minutes to blow the hell into each when they’re meant to be working won’t be able to because of the lack of multiplayer. Hopefully next time the developer will focus on this as well, as it would absolutely make this a more ‘must play’ type of game.

The big point being that the game is free and surely that’s a big plus. Obviously what players are getting is going to be budget, as it’s a free flash game, but there are better attempts out there. However, this game shouldn’t be criticized for what it does in its most rudimentary form. The game doesn’t promise much and so it doesn’t ultimately fail to deliver. It’s a sort of game that players won’t spend ages on, because it never will never quite pull them in to the addiction stage.