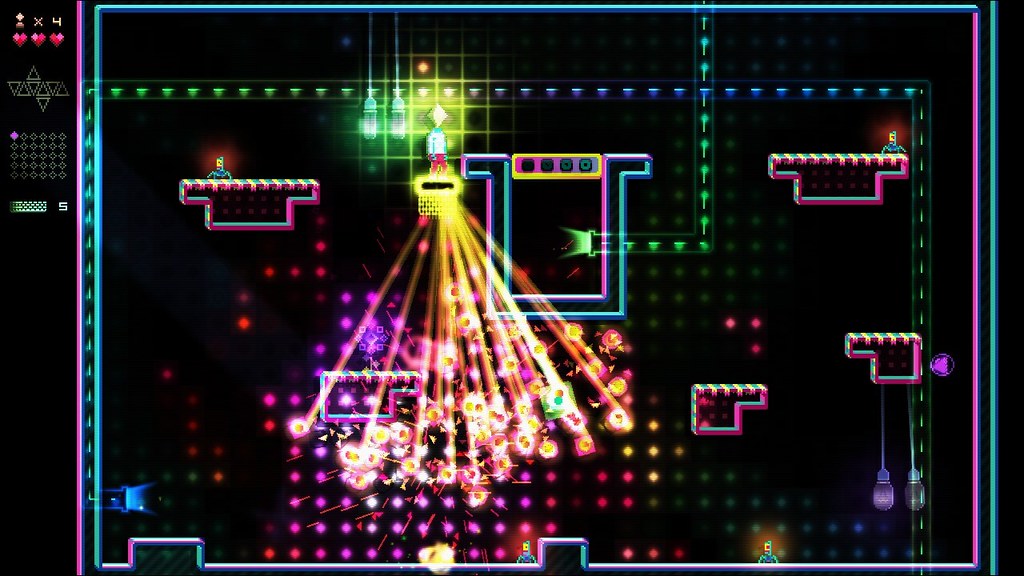 The positive and negative effects of video games have been argued about ever since video games hit the market. Many argue that video games make people lazy and unproductive. Video games, today, are filled with material that is inappropriate for children, such as graphic violence and sexual themes. Video games can also have positive effects. They have been shown to increase motor skills and attentive ability.

Video Games Cause of Laziness

Video games can be time consuming and could cause laziness and make people unproductive. Some play video games for many hours per day. During this time, these gamers are not contributing anything productive to society. It can even ruin relationships with significant others. Andy Murray, number four-ranked Tennis player in the world, lost his girlfriend, due to his addiction to video games. The Tennis star’s coach said that Murray would play video games for over seven hours per day, according to an article published in The Hollywood Gossip.

Sex and Violence in Video Games

Some games also contain material parents find objectionable for young children, such as graphic violence and sexual themes. Violence in video games can cause an increase in aggressive behavior and thoughts. These games can also cause physiological arousal and unhealthy social behavior. Studies show that violent video game exposure is linked to school delinquency, fighting at school and criminal behavior, according to an article by Craig A. Anderson published in Psychological Science Agenda. The amount of violence in a video game is an important aspect for parents to consider.

Like violence, sex in video games is also a controversial issue. Video game publishers are continually pushing the limits of what is the appropriate limit for sexual content in games. Some games, such as “Singles: Flirt Up Your Life” by Eidos contain male and female full frontal nudity with sophisticated graphics. When a character in the game has successfully wooed another “the game goes into a voyeuristic mode, letting you watch the ensuing… action,” according to an article by Chris Morris published at CNN . The characters can also be coupled with others of the same sex if the player chooses.

Despite the sex and violence in video games, parents are still able to screen for objectionable material in games. The video game industry has its own rating system, similar to the film industry. However, many parents may not be aware of the rating system. It is important that parents familiarize themselves with these ratings. Studies show that action video games could significantly increase a person’s ability to pay attention to more than one task at a time, according to an article by C. Shawn Green and Daphne Bavelier in the weekly scientific journal Nature. This could be useful for today’s world of computers and technology. Many times in today’s office workspace, people are required to talk on the phone, be on the Internet, and send faxes all at the same time. The ability to multitask could make a worker more productive, therefore more valuable for the business.

Do Benefits of Video Games Outweigh the Negative Effects?

Whether video games are a positive or negative influence depends on each individual circumstance. Although, an addiction to video games can consume too much of a person’s time, it may also make that person more productive at work by increasing multi-tasking abilities. Increased motor skills can also be useful for some professions, such as surgeons. However, if the time it takes to develop these increased abilities is not worth the overall benefit, then video games can be counterproductive.